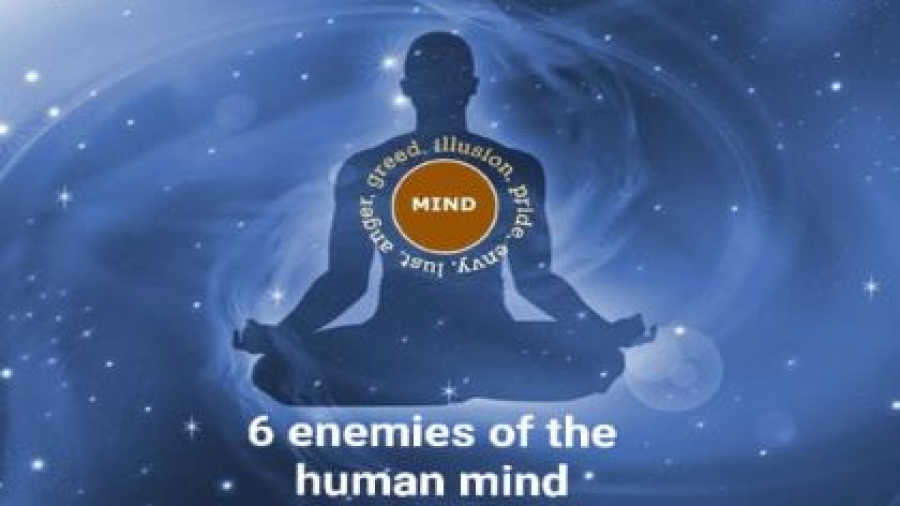 Hinduism (Sanatana Dharma) is not rooted in dogmas or beliefs of a single preacher, unlike the relatively newer Semitic religions. Instead, Hinduism is a system founded on the deeply contemplated realizations of a multitude of seers over generations.  Our sages are referred to as मनीषी, which is translated as ‘those who see with their minds’. Deliberations and debates between different schools of thought have always been encouraged in the Hindu culture.

Our wise seers were truly “scientists” who understood that human thought is myriad and varied and that it is impossible to force a single philosophy or set of ‘commandments’ on a society. Hence, they did not limit the philosophy of Hinduism and kept space for logically and scientifically evaluating the validity of suggested paths or practices at anytime. Sanatana Dharma does not conflict with modern thinking because it always gives freedom to its seekers to adopt what they think is right for them.

Just like the rain water reaches the ocean via myriad streams, all of the multitude paths of devotion reach the Supreme.

Our Shastras and Puranas explain how the root cause of human sufferings is our ‘original delusion’ about our true nature, and our identifications and attachments with the inert world of objects. And this attachment begins with काम (Selfish Desire), the first of the Arishadvargas or six vices, i.e., षड्रिपु. Desire arises from the ignorance of an individual about their true nature, and a feeling of incompleteness without possessing the desired object. When the desirer encounters an obstacle between themselves and the desired object, and the desire remains unfulfilled, क्रोध (anger) results. But if the desire gets fulfilled, the mind yearns for more, leading to लोभ (greed). Ultimately both fulfilment and un-fulfilment of desires results in मोह (delusion). A delusion of an ephemeral joy, or the delusion of disappointment and sorrow. Fulfilled desires may further lead to मद (pride and a feeling of superiority over others). While unfulfilled desires give rise to मात्सर्य (jealousy) towards others who could get what you couldn’t. काम, क्रोध, लोभ, मोह, मद and मात्सर्य which are detrimental to progress on the path of spiritual living, originate from काम (Selfish Desire).

This whole process is also explained by Lord Krishna in the second chapter of Srimad Bhagavad Gita, better known as सांख्य योग , in the following verses.

This sequence of cause and effect is known as ‘Ladder of Fall’ – something that every person seeking success in spiritual path should stay clear of. Every spiritual seeker, is required to know and stay clear of these six vices. Only then the seeker can ascend the ‘Ladder of Rise’, which is described well in the 9th verse of Adi Sankara’s Bhaja Govindam.

Like Arjuna who, overwhelmed by delusion in the beginning of the war, surrendered to the Lord Krishna, the path to Liberation begins with complete surrender of the ego to the Lord. And this surrender has got six aspects, well defined in this verse from Srimad Bhagavatham.

Accepting everything that is conducive for (spiritual) upliftment. Rejecting that which is detrimental (which includes the six Ripus). Having complete faith that the Lord will pull you through every peril. Subduing our ego by accepting the Lord as the master of our faculties. Conquering the delusion of helplessness by complete surrender to the Lord in all humility.

With Prem and Om