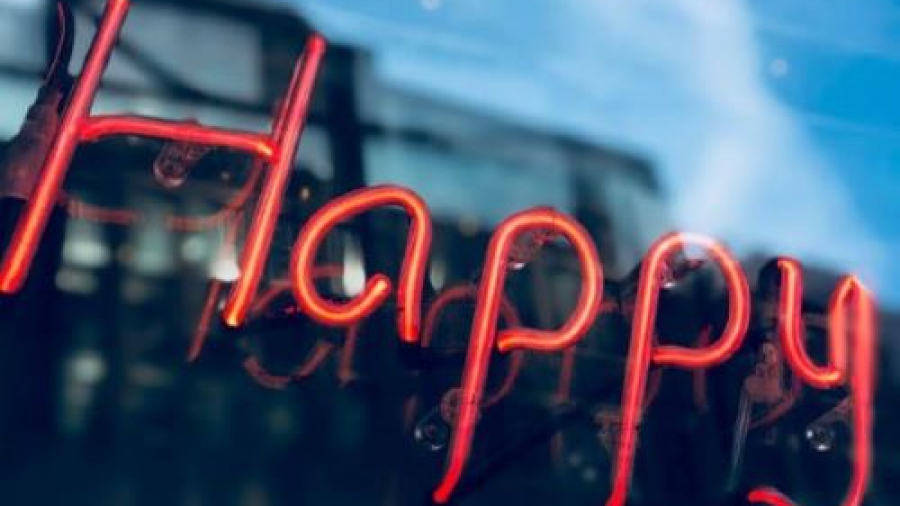 Happiness is an enigma and a trap.

It is an enigma because we can never gain permanent happiness despite our all-out efforts. It is a trap as it is impossible to desert it.

Everyone is struggling to become happy, but unfortunately, no one has ever become successful.

What is this eluding happiness?
It is a built-in character of the human body. It is imperative for the continuation of life with zest and ardour. Sans ‘happiness-element’ within us, our lives would have become drab and dreary. Just like every other great design of the human body, even happiness has suffered in the hands of its mentor.

As regards to the misuse of our built-in mechanisms, let me give an example where abuse of a safety mechanism has led to catastrophic damage. There is an automatic system called the sympathetic system in the body which is activated when the physical body is in danger. The human being is designed to exist along with cruel animals in a jungle. However, evolution has catapulted him to be a genius in mastering nature. He fought or took to a flight when he encountered a ferocious animal to save his life. The sympathetic system, a built-in security system worked phenomenally well in that circumstance. However, the same system is creating a health hazard for the present human being. Fear of losing something, maybe, a bus or a train, or a promotion in job activates the same system which sets the body on overdrive. The constant fear of losing something or difficult to achieve a set goal automatically activates the sympathetic system resulting in diabetes, hypertension and stress. Modern human being has become a victim of misuse of his built-in security system. There is nothing in the human body which is futile. However, overuse or misuse of the system can result in health hazards.

Abuse of the mechanism of happiness has become a bane to the human being.

The sense of happiness comes to us through a system in the brain called ‘reward system.’ There is a separate department which constantly rewards the human being or any other animal for every action of theirs otherwise they would have become disinterested with their job. Did you ever see a dolphin fed with fish by its trainer soon after it completed its feat successfully? That is a reward for motivation. In the same way, we have motivation centre which rewards us. The centre is activated by the release of dopamine in the reward centre known as ‘hedonistic centre’.

The built-in reward system is a healthy motivating mechanism. However gross abuse of the system is the root cause of all addictions.

There is a reward centre in the brain called the hedonistic centre. As soon as our desire which we have contemplated for a long time is fulfilled, dopamine neurotransmitter is released in the centre which gives us the ‘feel-good’ perception. We call this happiness.

Happiness is a sign of expression that the desired goal is achieved. It means we must have set a goal before and that is successfully achieved now. Happiness is like a victory bugle. Whenever an election result is out, all the supporters raise a huge victory flag as a sign of achievement. Happiness is always preceded by a desire. As we know, desire is an important motivating mechanism.

What happens when we become addict to happiness?

We start seeking happiness even in the absence of true achievement. It means we have started misusing the centre.

With the advent of material prosperity, the human being is exposed to more external objects for his comfort, security and aggrandizement. He/she started using the objects and got the kick of repeated stimulation of hedonistic centre and the consequent happy feeling. Thus, he got addicted to the objects of the external world. To lure more people into this happiness trap, more and more objects were produced and they started researching the external world to produce more advanced and sophisticated objects. It has become “Abhimanyu Chakra Vyuha.” They know how to enter and they have no way to get out of this maze.

‘Motivational-happiness-built-in-centre’ has turned into a vicious addictive trap.

What is the solution to this pathetic situation?

Knowledge is the only panacea. A feeling of a sense of well being is very essential to indicate that all is well with our body. Therefore when every instrument of our body is working impeccably, we have a feeling of being elated or exuberant. Otherwise, the body is indicating to us that the most valuable thing in the world is working properly and there is every reason to rejoice this. The working of all organs of our body synchronously is the greatest gift to us. We simply do not bother to the well being of the instrument but we go on amassing wealth for the future which may not be there at all. A wise man is the one who enjoys the present moment without memories or future imaginations disturbing it. That should be our aim. This state is achieved when we are grateful for what we are today with all our organs in good working condition and we can make use of air, water and food made freely available along with the marvellous body! (Don’t forget air, water and food are provided free by the creation but it is the human being who sells them for his selfish reason)

Our body is a miracle.

Did you know that we have one hundred trillion cells in our body? Each cell carries out 100,000 chemical reactions per second. This is the humongous and incredible story of our single cell. Imagine all the 100 trillion cells working together, millions of them dying and millions of them are born every second. We are not a solid and fixed physical body. Please listen to my TEDx lecture ‘Questions we must ask’ by Dr R N Sreenathan. It is so unfortunate that modern advanced scientists also do not appreciate this change. We are not the same brain the very next second. All our brain connections are constantly changing. This constant change is called ‘Neuroplasticity.’ It gives us hope that we can change. We need not continue with our old and fixed conditionings. We can change and become happy by dropping all those unwanted conditionings that we have acquired.

What is normal happiness?

The reward centre settles to its basal level of activity which is true happiness. When there are no desires, when we are happy with ourselves with our healthy body and with minimum possessions what we have for the sustenance, then an eerie feeling of bliss appears. This is our original happiness which came with our instrument.

Happiness is assured for one and all. Unfortunately, we do not claim it and that is our problem. All that we have gained through our senses and the mind are obstacles to our happiness. They come and go and therefore happiness given by them is also fleeting.

Grow wise and claim the original happiness that has come along with the instrument. Do not try to abuse this wonderful system.

This article was first published on Readers blog on indiatimes.com