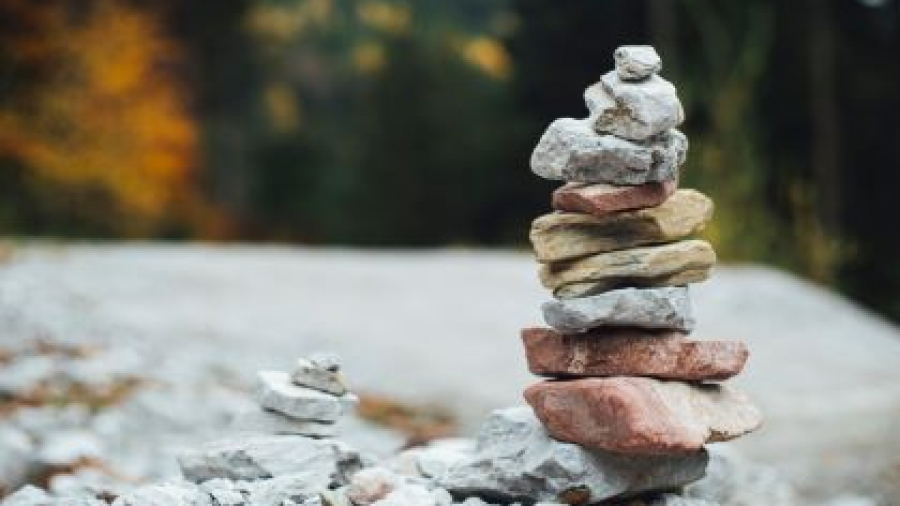 On rainy days in the summer, centipedes and other small worms creep through the filters of the water outlet in the bathroom, on the ground floor of the house where I live. Normally I scoop them up with a broom and throw them back into the garden. One evening I found a dark one, in a corner, but the moment the broom touched, it jumped up. On reflex, I jolted and hit it hard with the broom and finding it not moving, pushed it on to the plastic scoop, brought it outside to throw it away. But in the bright light outside, to my utter surprise, I noticed that it was a plastic tie, the ones which are often used to tie the carry bags we get from the shops! I smiled in relief; how ignorant I was!

That was my experience. In the bright light, the false appearance due to ignorance vanished and the reality was recognized.

I spent my childhood in a village, our house situated at the centre of a very large holding full of fruit bearing trees and bushes of all kinds. Among them, there were plantains, quite a lot of them. The plantain leaves when dry, do not fall off, they just hang there, loose around the trunks. They move slowly in the breeze making a slow chorus of rustle. Those were the days when electricity was yet to reach the interiors and moonlight played freely among the trees creating shadows, sometimes funny, sometimes scary. One night after dinner, as I sat on the open veranda aimlessly looking around, I noticed movements among the plantains. I stared into the semi-darkness, I could see suspicious figures moving from behind the bushes to stare back at me and then slowly retreat to hide behind the bushes. Fed on stories from classmates and friends, I was certain that they were ghosts, maybe out to get me, I ran inside, scared to the bone, lay on the bed covering head to toe, hoping to go to sleep fast. Next morning, walking among the bushes, on the way to school, I looked for any traces of the previous night’s actions, and not finding anything supported the story of the ghosts who appear only in the nights. It took three or four more years for me to realize that those ghosts were the dry plantain leaves which moved in the light breeze of the night. The plantain leaves were there later too, I even walked among them in nights to reach home whenever I returned late from the college. My ignorance veiled the reality of the dry leaves and superimposed the images of childhood fantasy ghosts on them.

Ignorance obscures the difference between reality and superimposition, ignorance obscures the difference between what is real and what is false. The superimposition is false, it is only an appearance, a product of our ignorance. The superimposition (real or illusory – worm; ghost – depending on the memory) appears real; that apparent reality makes us transact with it just like we would with another object, being or experience. Where was the plastic tie when I was trying to kill that worm? Where were the plantain leaves when I saw those ghosts who scared me? The reality was there all along, I failed to see it; I failed to recognize it.

That was my ignorance. Ignorance can be removed only by knowledge; knowledge of the reality. My ignorance gets removed only when I acquire knowledge exactly about that particular topic about which I am ignorant. Knowledge has to come to the same locus and about the same subject, only then will ignorance be removed. Ignorance is not real; it is not non-real either. It doesn’t exist the way reality exists. Ignorance is not real because it gets removed with knowledge, at the same time it is not non-real because it exists till knowledge removes it. Ignorance doesn’t have any beginning, it has only an end.

Consider illusion. I did see the illusory worm. It was an illusion. Did it exist? No. But I saw it. How did I see it, if it didn’t exist? That is ignorance, error, not real as the plastic tie, not unreal either (when I saw it). It is like telling a lie. The person is telling something, but not the truth. The person is not saying the truth but at the same time he is not silent either. That is virtual reality. There is something, it is not the truth, it isn’t nothing either. With knowledge, ignorance is removed, the veiling or cover is removed, and the reality is seen, the reality is recognized. Knowledge removes the superimposition, the falsity, the appearance; in most cases. In some cases, the superimposition may continue to be experienced but the enlightened person, having known the reality, transacts with it appropriately. What is false is not real, it doesn’t have an existence of its own, it borrows existence from reality to appear as real. The plastic tie was the reality. The worm was false; it appeared because of the plastic tie. The ghosts borrowed their existence from the dry plantain leaves. Ignorance veils and superimposes; with knowledge we see through the superimposition and recognise the reality.

On a sunny afternoon, I drive home on the highway. There is a straight stretch ahead and I accelerate, trying to make up lost time in the heavy traffic earlier. I notice a patch of water covering the entire width of the road a little ahead and slow down thinking there might have been a water pipe burst or something similar. But as I approach that place where I had sighted the water, I notice, it has moved ahead. I realize the optical illusion and get back to normal speed. Even after realizing that it was indeed a mirage, I still see them further ahead of me. But I know they are not real, they are false, only appearances, so I drive on, unmindful of the illusion. After going ahead, I look back and see the water patch in the rear view mirror, exactly at the same place where I had noticed it first and I smile, I know the reality.

Knowledge did not make the appearance vanish; knowledge revealed the reality behind the falsity. On a cloudless day we see the sky very clearly, the vast blueness right up to the horizon. But is the sky really blue? Of course not. It only appears to be blue. But even after knowing that it is actually not blue, don’t we see the blue sky? Yes, we do. Knowledge revealed the reality; we notice the falsity and recognise it to be false, even while experiencing the falsity. Just like we see the sun rise in the east every morning and see it traversing the sky to set in the west by evening. Even after knowing that in reality it is only the earth that is moving and not the sun, we still enjoy the sunrise and sunset as we used to, earlier.