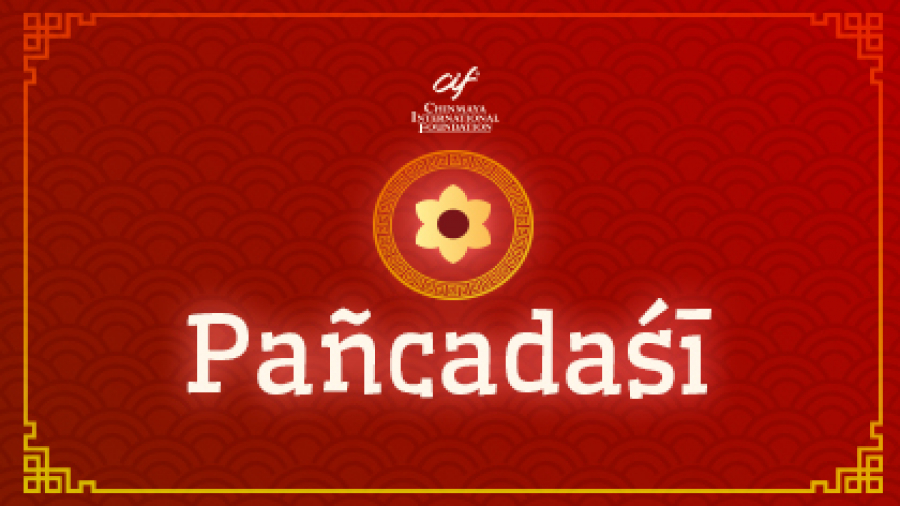 In continuation of the ‘Story of Vidyaranya’ in our previous issue, we bring you this section on‘ Prakarana Granthas’ as an introduction to the Panchadasi. Both these are unpublished so far. Since they were written carefully by Pujya Gurudev himself, they are very precious, and we thank the Chinmaya Archives for finding and preserving them.

Panchadasi is a great work among the Books of Categories (Prakarana Grantha) available in Vedanta. It explains the terms and popular theories employed by the Rishis in our Upanishadic lore. From the creation of the Creator onwards, the evolution of man, his vagaries and beauties, his pilgrimage back to eternal Bliss in samadhi – all have been systematically and faithfully described. If the systematically arrangement of thoughts in Panchadasi makes it easy for a student to remember thereafter all thoughts expressed in the Vedanta philosophy, the faithfulness of the author, Vidyaranya, to the Upanishads throughout makes this work a dependable text for the new initiates to study the Vedanta philosophy exhaustively.

A textbook that defines and explains all the technical terms employed and the theories and hypotheses made use of is called a Prakarana book. In our sciences, it is called the Book of Categories. In such a book, the author cannot show any originality; he has to be strictly faithful to the scriptures themselves.

But in the scriptures, these ideas lie scattered in various places, often passed over with a slight suggestive touch of the Rishis’ inspired brush. Especially when these descriptive phrases spring upon us from amidst thundering discussions of subtler beauty and irresistible serenity, the student is apt to overlook them. The author of a Prakarana book has to pause at such places, pick up these rare ideas, string them together into a beautiful pattern and make them into an unforgettable song. Vidyaranya has accomplished this, and we must admit that in his Panchadasi, he has achieved much more.

Not only has he defined them all faithfully, but strictly following the thought developments in the Upanishads, this erudite scholar-statesman has woven around each of them a design of thoughts and arguments, and he presents it to the world of students, attractively set in an artistic atmosphere of intellectual enchantment.One who follows them all, stage by stage, cannot but feel fully satisfied, entirely consoled.

And yet, there is a suspicion brought up by some investigators that the opening five chapters alone are directly from the pen of this mighty intellect of Vidyaranya and that all other ten chapters were later on composed by some learned pundits of the royal court and dedicated to their beloved Minister and General. To judge the merits or otherwise of these arguments is not our purpose; we are students of these fifteen chapters, which would make us fit to enter into the ampler fields of the Upanishads, where we shall directly hear the immortal Rishis themselve.

The eternal Truth in life and the harmony in the manifold universe of objects, beings and happenings are the theme indicated in the Vedas. The Veda declarations are direct, simple and crisp, and therefore the logic behind the Upanishadic statements are not always clear to the students. To make them clear, Vyasa wrote his elaborate Brahmasutras. Even then, pundits started entertaining doubts, as time passed on. The scriptures (Shruti), logical thinking (yukti) and actual expression of it in life (anubhava) are represented in the Upanishads, the Brahmasutras and the Gita. We find Brahmasutra being misunderstood and interpreted even as contradicting the very Upanishads. It is a time such that Shri Sankara came, and through his commentaries, clearly brought out the essential theme of the Hindu scriptures and established beyond any fear of contradiction the Advaita philosophy.

This great work which Shri Sankara Bhagavad-pada initiated was effectively carried on by his brilliant and learned immediate disciples and followers. Shri Sureshwaracharyaan Shri Padmapadacharya were intellects that maintained the Advaita viewpoint through their Vartikam and Vivaranam. Shri Harsha, with his Khandana-Khanda-Khadya had broken the arguments raised by the logicians against Advaita; in fact, he had turned the very arguments of the logicians against themselves and shattered their pluralistic conclusions. The Advaita Siddhi of Madhusudana Saraswati and Chitsukhi of Shri Chitsukhacharya Swamigal are yet another pair of books which continued the work of Shri Sankara.

Though we have such a brilliant array of deep and scholarly books dealing with the subtle spiritual theme of the Upanishads, highly learned and extremely logical, they, by the very nature of their discussions, addressed themselves only to equally erudite and scholarly students. The ordinary readers and average students found them all too high to appreciate and assimilate.

Therefore, the great Acharya Sankara and others gave us a series of simple books describing the principles of Vedanta; these are called Prakarana Granthas. They are elementary; they explain the creed, the processes, the views and ideas of the Vedanta philosophy. At each thought, they pause to hammer in the ideas by examples, analogies, illustrations and vivid pictures. Atmabodham and Vivekachudamani are books of this category that have come out from the pen of Shri Sankara.

Among such Prakarana books, Panchadasi has a noble place, both in its beauty of composition and its vividness of exposition. This work of fifteen chapters, Panchadasi, explains the entire views of Vedanta thought in lyrical stanzas, and it is really difficult to say whether the poet in Vidyaranya outshines the philosopher in him, or the man of action in the sachiva (administrator) overwhelms the mystic in the Saint Vidyaranya.

There is a school of scholars who believe that Vidyaranya wrote only the first ten chapters and the other five chapters were from the pen of Bharati Tirtha Swami of the Sringeri Mutt. There is not enough internal evidence to accept such a theory. Anyway, in these fifteen chapters, altogether we have some 1,571 stanzas, and though they are composed by the poetic mind of Shri Vidyaranya, the ideas are all faithfully culled from the Upanishads and our ancient Rishis. In a Prakarana book, since it is a book of definitions and elucidations, the writer has no freedom to import his own ideas. He has, however, brought into it ideas and arguments of all schools of thought in India available in his days to prove the essential theme of the Upanishads is but the Advaita Truth.

A careful and close study of Panchadasi, therefore, can in itself be a full education in the highest thoughts which man had ever entertained upon the source of the world and life. To study this book is an education, to contemplate upon its chapters is a mental discipline in self-integration, and to realize this theme is to rediscover the very status of God-hood. 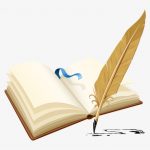 A golden chance to quench your thirst of spiritual knowledge!

Each course comprises of video/audio lectures on the treatise by expert faculty, questionnaire at the end of every lesson to evaluate your understanding, an online Discussion Forum to learn from fellow students and doubt clarification by subject experts.

To know more and to register, visit chinfo.org/svadhyayaseries

Centuries of struggle and persistence of millions of devotees have finally borne fruit as Shri Narendra Modi, Prime Minister of India performed the Shilanyas (laying the foundation) of the Ram Janmabhumi Temple at Ayodhya on 5th August, 2020.

Lord Ramachandra’s arrival in Ayodhya after a long wait of 500 years was celebrated at Adi Sankara Nilayam, Kerala too with great joy and reverence. The celebrations began with Likhita Japa (repeatedly writing Lord Ram's name). It was followed by Shodashopachara puja of Shriram performed by Swami Sharadananda Sarasvati. The live telecast of the Shilanyas ceremony was screened after the puja.

In the evening, the premises of Adi Sankara Nilayam were lit with clay-oil lamps. There was a special chuttuvilakku (lighting of the 1008 lamps around the temple) offered at the Chinmaya Swayambhu Ayyappa Temple.

All the festivities were attended by the Chinmaya International Foundation (CIF) and Chinmaya Vishwavidyapeeth (CVV) family abiding to strict rules of social distancing.

You will be happy to know that India’s National TV network, Doordarshan, has approached Chinmaya Mission for a daily telecast of Sacred Chants.

The Chinmaya International Foundation (CIF) team, under the leadership of Swami Sharadananda, has taken up the initiative. They have chanted various Suktas, Rudram, Chamakam and Taittiriyopanishad, among other chants, which will be telecast on Doordarshan, thereby promoting an age-old, unbroken, beautiful tradition of our great land.

Here are the details of the telecast:

Those in India can begin the day with the auspicious chants. For those abroad, please connect to Doordarshan National's YouTube channel, the link for which is given above.

The same chanting programme will also be available on Chinmaya Channel on YouTube, from the next day onwards.

Please share this information with all contacts, to ensure that the maximum number can participate and benefit.