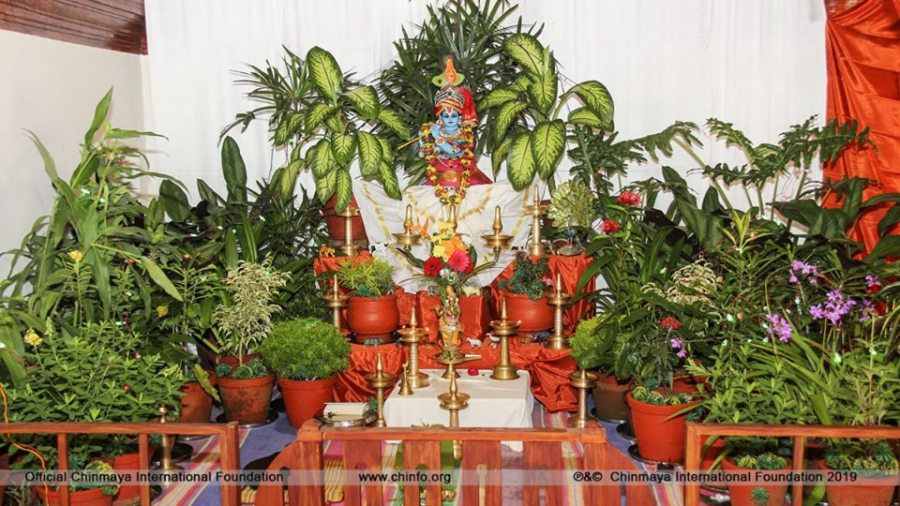 I attended a JñānaYajña, Chinmaya Mission style. Advaita Makaranda was the text, its meaning revealed in a series of talks that almost felt like discussion sessions among those determined to decode the vedāntic claim of जीव-ब्रह्म-एेक्य (jīva brahma aikya). The vaktā, Pujya Guruji Swami Tejomayanandaji, rigorously stuck to yukti true to the approach of Lakshmidhara Kavi i.e. the relentless questioning and logical explanations from all viewpoints of possible confusion or doubts.

I revel in satsaṅga each morning and whilst learning śloka 25 and 26, there were several aha moments of insights!

For the Vedānta seeker a quiet excitement starts within when the discussion turns to the mahāvākyas. The words coming from the Vyāsapītha were causing such churning.

“Tvam – You as instructed by the Guru is understood as me, I, immediate, here, and now – but has limitations, finitude.

Tat – That referring to Brahma, Īśvara, is understood as Infinite, limitless, but is remote, far away…

When we seek God, want to know God- what do we want to do? We want to bring that Infinite into the here and now, tie it down!”

“Tie it down”,with these words, the image of Mother Yashoda attempting to tie down the baby Kṛṣṇa to the ūkhala sprang to my mind. However much she tried, with longer and longer rope, it always fell short by two finger-width!!!

The story of my childhood, which in turn I had told my child, connected with the discussion on themahāvākya. The futility of the attempt by the seeker to capture and tie down the Infinite with the rope of logic, over and over again, peeked through the story! The impossibility of our endeavor to capture the Infinitude through our actions and our intellect flashed vividly in my mind. Even though Kṛṣṇa as the avatār appears near, here and now, in front of Yashoda,His infinitude is ever manifested in His līlā – taking the bhakta to the same Truth that is approached through the Vichāramārga of the vedāntin. The Purāṇa stories are nothing but the dramatization of the Veda and Vedānta. One revels in the kathā as a child and revels in these insights all of one’s lifet