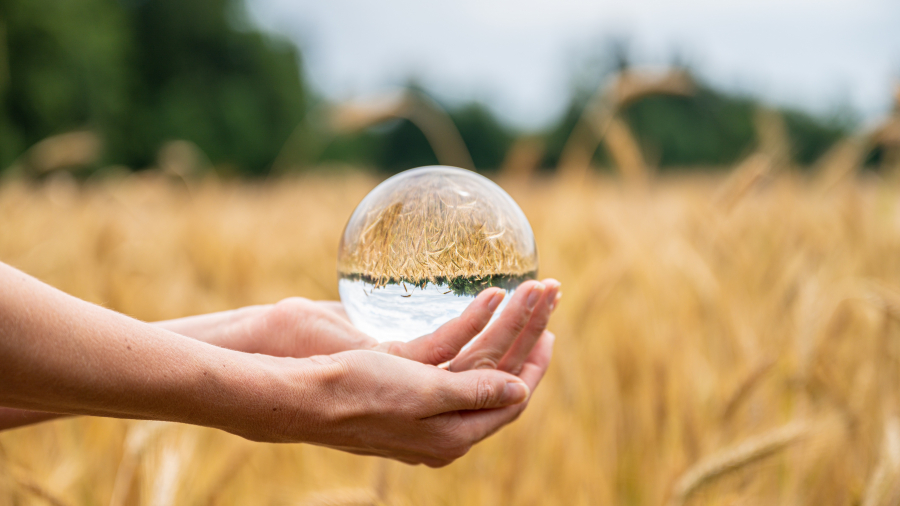 The word Vedanta has an enigmatic aura around it. It is either taken as a puzzling, mysterious junk of arcane expressions, or the bedrock of pusillanimous Hindu religious fragments. For every religion, it is mandatory to have a minimum knowledge of the sacred book of their faith which they consider as holy. When it comes to Hindus, they may name the holy books of all other religions but not of their religion. Why is it like this? What is that makes a Hindu take immense pride to project himself as a professed secular by denying his own religion? Is this a psychological anomaly or inferiority complex developed because of his faith? Is it because there is no proselytization in the religion?

Writers, editors, speakers, reformers, activists are busy commenting on the negative aspect of ‘Hinduism’, and none of them dares look at the warp and the woof of this religion. They mostly stay afloat unscathed whenever they find fault with the seemingly meaningless practices of the religion. They dare not venture into the profound depths of its spirituality.

To know Hinduism is to understand the human spiritual evolution. Even the word ‘Hinduism’ is not home-spun. It was coined by those who could not really understand what this religion was all about? Invaders were at a loss to follow the practices and the life of this land. People of Bharath (who revelled in knowledge) were prosperous, living the life of contentment, and all the time questioning, “Who am I? Where did I come from? Where do I go after death?”

While plunderers pillaged, plundered were often amused by the childish pranks of the invaders who valued metals and stones. The spiritual odyssey was primarily an individual effort. There was no commercial wholesale disposal of spiritual dogmas and beliefs. They could not even think of organising a religion as it limited their flight of meditation and union with the objectless subject. They would have laughed and pitied if somebody were to talk of proselytisation. They believed in purging the egoist attitude of their body and mind to understand the unknown. They experienced bliss through their ego-free-mind. They forgot the names of their own bodies in that elevated state and revealed extraordinary truths.

These revelations were called Vedas. The end-part of Vedas is ‘Vedanta’. Vedanta is the quintessence of the knowledge that boils down to the simple declaration that ‘everything is an illusory manifestation (moving unreality) playing over the unchanging essential backdrop of Existence-Consciousness-Bliss (unmoving reality)’.  Peace reigned, and bliss ruled by this revelation.

The idea that one has to transcend the ever-changing body and the external world to know the reality was a giant spiritual leap in the annals of the humanity.

Anything experienced by the senses and the mind is so transitory that it becomes a past instantaneously. It means there is nothing that comes and stays with us permanently. Even our body is a continually changing gadget that senses the ever-changing world. They dropped everything that presented as an object to their witness consciousness as ‘unreal’. To their surprise the subject “I” alone was real that could not be dropped. They called this ultimate un-droppable subject as the ‘Existence-Consciousness.’

‘Sanatana dharma’ which later became Hinduism could not see anything other than the ‘Self’ (Atman)(Existence-Consciousness) in every individual. The spirituality of seeing ‘Existence-Consciousness ineveryone’ became obsolete when judgmental biases started appearing in the lives of the people with the advent of foreign invasions and subsequent strong dualistic thinking. Hindus became more confused than the other organised religions. They are genotypically oriented to seeing ‘Self’ in everything but Phenotypically caught in the world of duality.

Unable to hold on to their avowed belief of their forefathers, the Hindus became a timid bunch of a confused lot not sure how they should live in a world of materialism. The highest ideal of ‘Sanatana Dharma’ is to live as a part of the whole of creation just as neurons and liver cells live as part of the human body. Cells of our body never declare independence; they do not know the name of the person or the physical body whom they serve, but work tirelessly for its existence. ‘Sanatana Dharma’ extended full freedom for the spiritual aspirants and they were free to choose his or her way of realisation. The freedom of the land allowed all religions to grow and flourish. Rigveda declared, “Let noble thoughts come to us from all sides.” Western education of duality and sole importance to the physical comforts pushed the Vedic thought of seeing everyone as Atman, and the universe as one living organism into an impossible hallucination. Looking through the eyes of duality, Hinduism appears a disorganised religion with hundreds of thousands of Gods, and varied worships and beliefs, but in its core, it revels in the glory of finding ‘God’ in every living being. The devotee sings, “When I can love and worship a stone, how much love I exude to my fellow being?”

It is time to wake up, especially educated mass, and seek the essence of the Vedas in the Vedanta. It is the only panacea for the modern ailment of restlessness, anxiety, and stress. It is the wisdom open for the humanity. We falsely believe that we belong to different religions but in reality, we are made up of the same stuff, taking in the same oxygen, food, and water and being nursed by the same hospitals with the same medicines. The division is artificial and unacceptable. It does not matter to which religion we belong to, let us become human beings first. Let us adopt the Vedic glasses of seeing everything as the manifestation of the divine, and part of one organic whole.